Dixie, the TV Land Pixie, from a promo from the days when Nick@Nite was still good 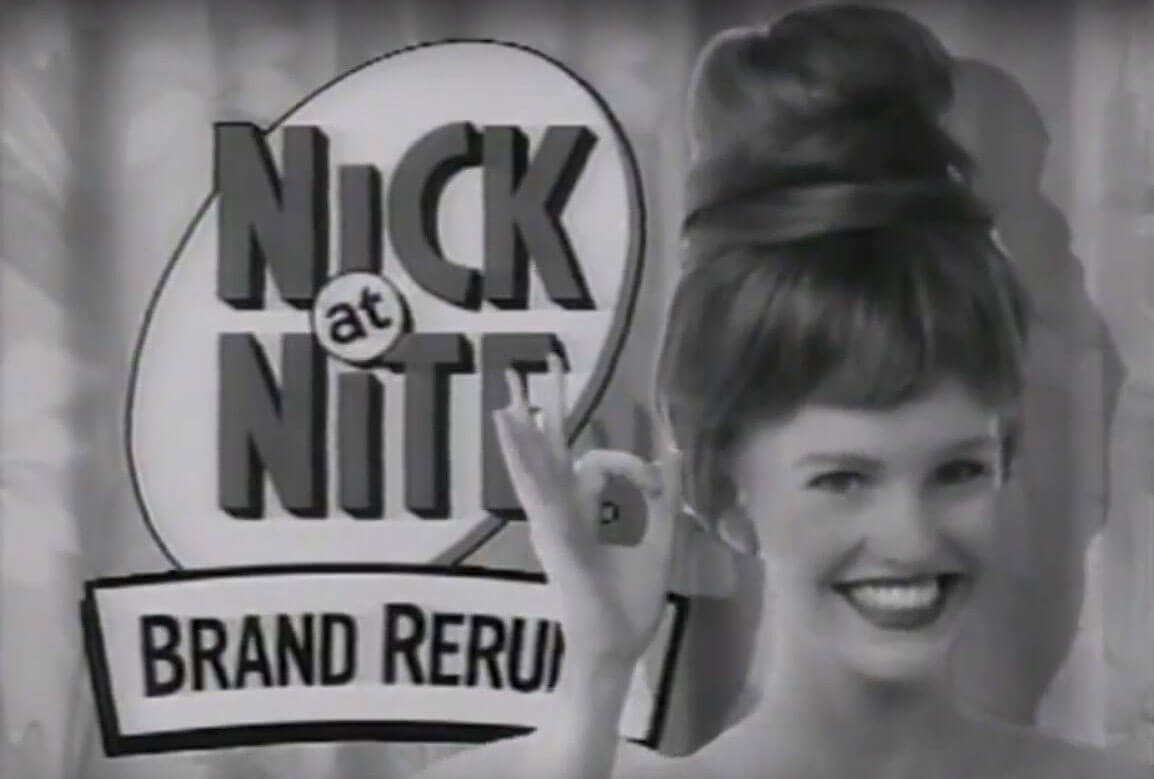 It’s been a while since my last post, because I’ve been filling the role of stay-at-home-father for a few months and spending a lot of time experimenting with fixing my own broken stuff (as I mentioned in my first blog). I have lots of posts coming about my experiments, and some updates about my work plans and a refinement of my work manifesto. But first, this new Audio Project with a foray into announcing. I recreated four old Nick@Nite bits, two promos and two of their How to be Swell shorts. This was fun but slightly more complex to record, requiring me to comb over MANY old Nick@Nite commercials to find some that were simple enough to redo, and a piece of music that was both public domain and which would fit.

When I was a kid, my grandmother passed away after battling cancer for years, and I had to have an operation that would determine if I, myself, also had cancer shortly after her passing. The chances that I had something else were pretty slim, but luckily it turned out to be benign, and I was able to live my life, get married, have kids, live abroad, and be sitting here today writing this blog. I’m supremely lucky in this.

Suffice it so say, my father and I were emotionally exhausted after all that. Neither of us wanted to think about anything too serious for a while. My Pop started to play old 1950s sci-fi and horror movies for me, and over the months we watched The Creature From the Black Lagoon, The Day the Earth Stood Still, The Thing From Another World, Them!, and many others. I suppose it was because we watched re-runs of the old B&W Dennis the Menace on Nickelodeon during dinner, which led into the first showings of The Donna Reed Show right after, which later evolved into Nick@Nite, that we began watching Nick’s evening line-up of classic 1950s sit-coms. I won’t defend what Nick@Nite or TV Land have become, but back then it was some of the best television.

My childhood was a steady diet of post-WWII culture: we lived with my Grandmother, who used to crochet in the evenings and once painted me simple watercolour pictures of ladies’ 1940’s hairstyles. For a time, Grandmother’s mother, Mama, lived with us: she could be found rocking most days on the screened-in porch off my Grandmother’s beauty salon, where she was fond of crayoning children’s colouring books. When my Grandmother was diagnosed with cancer, Mama laid in bed and broke a multi-decade smoking habit with sheer will.

My mother’s parents, Grandma and Grandaddy, were the 1940s incarnate. He worked at the Savannah River Site down the road from Aiken past New Ellington, and she’d been a high school math and history teacher and raised 4 children. Both were patriotic, both Southern conservatives, both like rocks in the ocean to me. We had vastly different politics (which my Granddaddy declared a respectful truce over), but I loved them enormously. Family reunions (either in North Carolina for Christmas, or in Blowing Rock in the Fall, or at my grandparents house in Aiken, SC) were object-lessons in gracious southern sociability, ample amounts of casserole, and the old folks telling old stories (and dirty jokes) around the dinner table over games of Tripoli. One of my favourite memories of childhood was sitting under the table and listening to them for hours.

So with nostalgia from the elders of both sides, my father sharing movies from a 1950s childhood, and WWII propaganda cartoons still playing in the mornings of my 1980s childhood (Victory Garden, anyone?), I always felt half in that era, half in the age of Reagan. When Nickelodeon created a line-up of classic TV for that time when the children’s network’s primary audience was sleeping, I was already mentally there.

Mr. Ed, the talking horse, was always fun. I’m pretty sure we saw it for the first time when it came on after Donna Reed was left on too long. It stared Alan Young, who I knew from another of my father’s movies, the original Time Machine (MORLOCKS!). I think it was followed by My Three Sons, which I could sorta’ dig, especially the old ones they ran early on Nick@Nite, which often featured beatnik (as oppossed to Beat) characters and references. Dobie Gillis reruns also provided this in the form of Maynard G Krebs, the first incarnation of Bob Denver, and which was the first US sitcom to feature both teenagers as main characters and a beatnik as a regular character.

Hands down, my favourites were the The Ann Sothern Show (Katyyyyyyyy. All the fellas fall for Kaaaatttyyyyyyyy) and Car 54 Where Are You? and The Danny Thomas Show. The latter two were often laugh-out-loud funny, holding to some of that vaudevillian zaniness that hadn’t quite been killed by 50s TV blandness. Seriously, try going through some Car 54 and see if you don’t find jokes that are still snorkable today.

And Ann Sothern was FOXY! I loved and still love the slow simmering chemistry between she and her boss, played by Don Porter on both incarnations of the show, Private Secretary (awww, my dirty mind!) and The Ann Sothern Show. At the end of both storylines, they fall in love and get married (right?), and man was I happy those two kooky kids ended up together! Don Porter was a lucky bastard.

What made Nick@Nite so BRILLIANT, though, wasn’t just the old TV sitcoms and the reality-numbing torpor they provided. It was the entertainment between, the commercial breaks that ‘sold’ the whole ‘Better Living Through Television’ schtick, the wacky, bright-eyed, retro-mod, straight-man, square-jawed, AwwwwShucksMister TV-Land menagerie that pervaded the early years of Nick@Nite, before they ‘retired’ the classic TV shows.

There were the plugs for the sitcoms, of course, that would recast My Three Sons as a ‘suburban nightmare’ or run a Donna Reed Show marathon as ‘lessons in perfection’, or featuring Dixie the TV Land Pixie doing a cute little dance, or Dick Van Dyke and Adam West giving us a good-for-you Public Service Announcement about the public value of Nick@Nite programming. But the best were the little episodes, what you’d call today ‘shorts’, like The Adventures of Milkman or – my favourite – How to be Swell!, which took old PSA footage and played it back with new narration. I’ve done two of them for this Audio Project, though, alas, I missed probably the best one, Weenies: Born of Capitalism!.

I kid you not, the original Coronet Instructional Film it was based on actually DID use weenies as a way to illustrate capitalism.

The people who crafted classic Nick@Nite took something that no one really cared about – old, square TV sitcoms – and found the perfect venue, timeslot, and commercial fabric to weave it together into something watchable and – dare I say – subversive. You watched it, found it silly, kept watching it, laughed at it, and wished reality were THAT simple. It poked fun at 50s stereotypes and the US’s nuclear-family vision of itself, but didn’t break it: you could feel clever and be nostalgic at the same time, kinda’ like watching Mystery Science Theater 3000.

My Pop and I would lay there, eating Pop-tarts and unplugging from reality, and it was perfect. For all the difficult years that followed, when I was getting bullied daily at school, feeling horrible about myself, I could sit down in the evening and unwind in my room watching a small, B&W TV set that was as old as the shows I was watching. The years would bring other Nick@Nite shows like the original SNL, Fernwood2Nite, Laugh-In, Alfred Hitchcock Presents, and The Twilight Zone, and I got a glimpse at the slow movement of US society into protest and discontent and sex-appeal, which was, in a way, as delicious as the bland attempts to trivialize or censor these things in the earlier shows. And then it was time to move out of torpor, wake up and go to high school, find a way to make it in this imperfect world.

I’ve bridged two worlds ever since: half of me loves tradition and the 40s and 50s visions of an intact society and the other half of me wants to burn it all down in protest. I’m very happy with the dichotomy. I’ve gone from seeing WWII as a noble crusade to seeing it as a preventable war that the US has far too long held as its defining moment, the warped kern of our national identity, but Damn! they had great music and made some fantastic movies and WHAT STYLE! Look: I’m writing a nostalgic blog about a time when I was being nostalgic. NOTE: Between the end of nuclear-perfect The Donna Reed Show in 1966 and our prime viewing time in and around 1988, a little over 20 years had passed. Since 1988, 30 YEARS HAVE PASSED. Is 1966 more different from 1988 than 1988 is from 2018?

Years later, when the absolutely brilliant movie Pleasantville came out, it told almost exactly this story (albeit with the protagonists being transported INTO TV Land), and even featured its own Nick@Nite parody, and a brother and sister on either side of the same cultural chasm between retro-torper and modern, imperfect, but honest, sensibilities. If you haven’t seen that movie, do it. Do it now!

Normally I put in some extra audio clip: this week’s was going to be one of the How to be Swell homages I recorded, but it fit so well with the main Audio Project to have two of them – sort of bookends – that I stuck it into the main recording. I’ll have something extra next time. Enjoy! 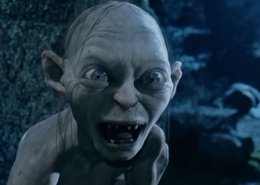 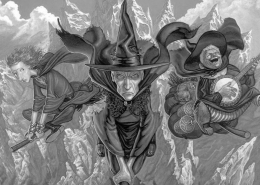 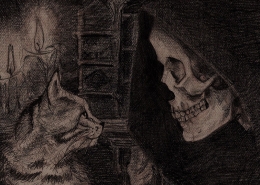 Scary movies are a Scream
Scroll to top